Growing up I was acutely aware (from as far back as I can remember) that I had a much OLDER dad. Even though he looked young - he was still overweight, not in great physical shape, worked hard traveling for business and hardly ever home.

I remember always comparing him to my friend's fathers who were much younger, seemingly athletic and home.

I dreaded the day I would lose him - but knew it was inevitable and when it happened I was devastated.

Even so, knowing what I knew then - what I know know - I'd take my geriatric, diabetic, overweight, Members Only jacket wearing, New York born and bred, former Jew converted to Unitarian Universalism, lefty liberal father over any one of my friend's younger, tanned, tennis playing, golf shoe wearing, Floridian Republican dads any day.

I'm grateful I had a father who was of another era.  Who possessed an incredible sense of humor.  Who turned my sisters and me onto Mel Brooks, Sid Ceasar, Allan Sherman, Ernie Kovacs - when none of my friends even knew who they were.

To think that I was raised by a man who during WWII photograhed Roosevelt, Stalin, & Churchill at the Big 3 Yalta conference.  Who dined with King Farouk and sang for fun around the piano with Edie Cantor.

As a young Jewish man, the war was highly personal for my father.  But by the time my sisters and I came along he almost never discussed it.  I didn't really understand until I was older what it meant for him being Jewish to be one of the first Americans let into a liberated camp (I think it was Birkenhauer).   I can't imagine what horrors he saw. That's probably why his photo albums from the war are filled with landscapes of Egypt - portraits of children and camels - soldiers playfully partying.  He only kept a few pics from Yalta and a blurry, disturbing photo of a bloated, mutilated Mussolini after he had been hanged and cut down by the mob - plus a couple of artifacts tucked in his dresser drawer - an electric razor he traded a German POW for and a handmade picture frame made out of old coins from an Italian POW.  But that's it.  The war was not something my father chose to define himself by.  As a child I never understood his choice to enlist.  The sense of duty he must have felt as both an American and Jewish man...

To me he was just my dad.

A man who may have come from a different era, but was never out of step with the times.  And even though he gave up his dream of being a professional photographer (he'd been courted by Life Magazine) once he returned to civilian life - my father continued to take photos - to be an artist.  His sense of composition and lighting was superb.  He was still taking photographs up until the time he got sick.

The negatives of my father's photographs from WWII are stored in the Library of Congress anonymously - because photographers from that time were not given credit for their work. But my family knows they are there.   And we're proud.

In honor of Veteran's Day - I honor the veteran who means the most to me. 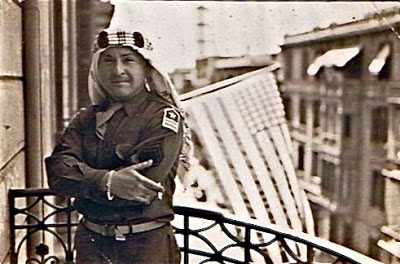 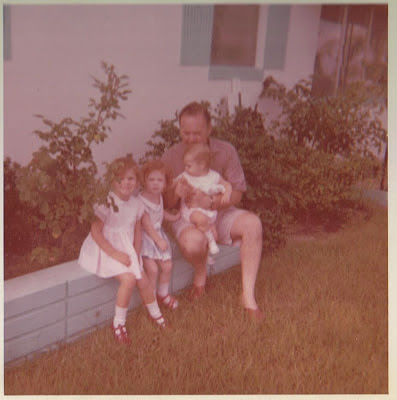